The history of The Moors Murderers, the phantom punk band that included Chrissie Hynde and Steve Strange. 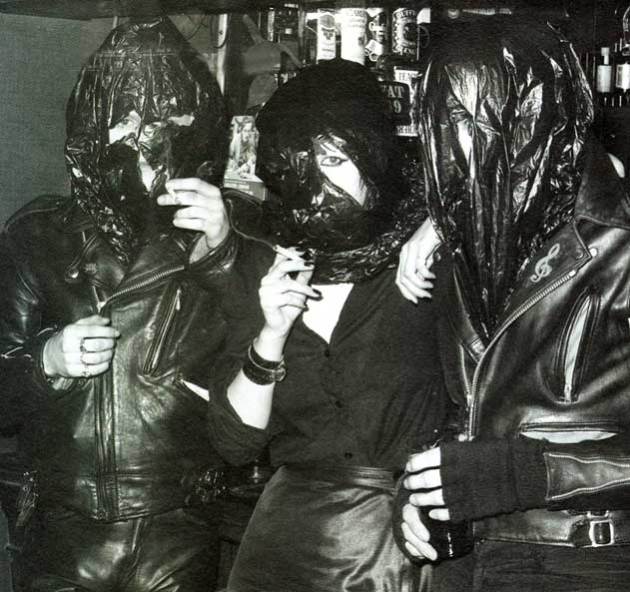 In June 1977, Soo Catwoman announced that she was starting a band called the Moors Muderers: “The Moors Murderers thing was a big joke to be honest. I was joking about getting a band together called the Moors Murderers and doing sleazy love songs, I had no idea he [Steve Strange] would actually go out and do it. …” Strange claimed to be part of a band called the Moors Murderers in order to do a photo shoot for German magazine Bravo. Catwoman says she was also present but left the shoot. Steve Strange may have played a gig with The Photons under the Moors Murderers monicker supporting The Slits at an NSPCC benefit concert at Ari Up’s school in Holland Park circa Christmas 1977. After the gig, Steve Strange asked Dave Goodman (who had worked with the Pistols and Eater) to produce their song “Free Hindley”. On 8 January 1978, The Sunday Mirror published a piece on the band (“Why Must They Be So Cruel?”) based on an interview which had taken place at Goodman’s office in Fulham. The four band members were wearing pillow cases on their heads. According to Goodman, they included Strange, Chrissie Hynde and Nick Holmes (Eater’s roadie who is believed to have played guitar on “Free Hindley”).

In mid-January 1978, the Moors Murderers featured in Sounds, wearing bin liners over their heads. They played a few songs for the journalist (“Free Hindley“, “Caviar and Chips”, “Mary Bell” and “The Streets of the East End”). Following the Sounds showcase, the band played the Roxy on 13 January 1978, supporting Open Sore. Steve Strange was on vocals (calling himself Steve Brady) and Hynde was on guitar. Bob Kylie (Open Sore): “They were terrible! Absolutely dreadful!” On 28 January 1978, Strange told Sounds that he had left the band.

The Moors Murderers probably never released a record, but some tracks seem to have been recorded. 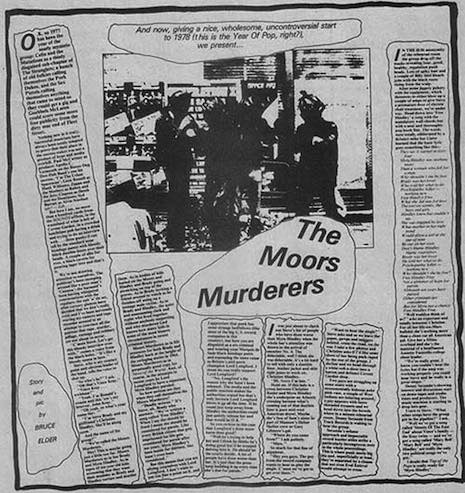