Copies of We’ll Never Have Paris have landed…in Paris. It’s out in May on Repeater Books. 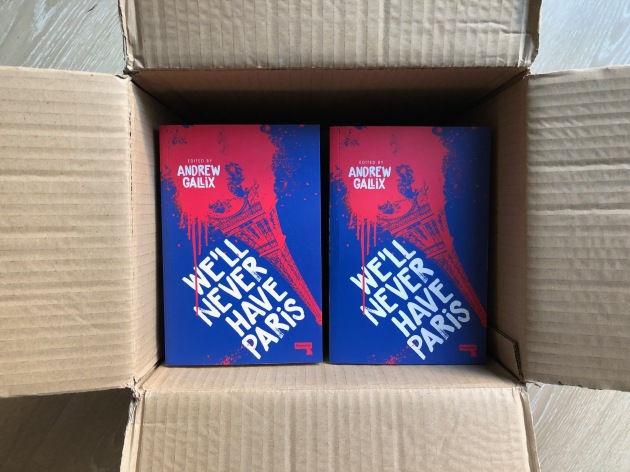 It was not an orgasm I was seeking, but the continued build-up to one.

Repeater Books‘ Josh Turner holding an advance copy of We’ll Never Have Paris, which comes out on 21 May. 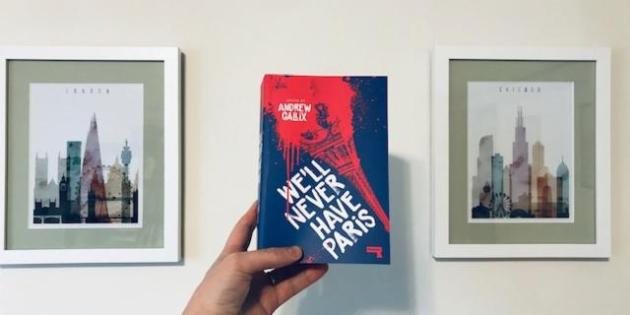 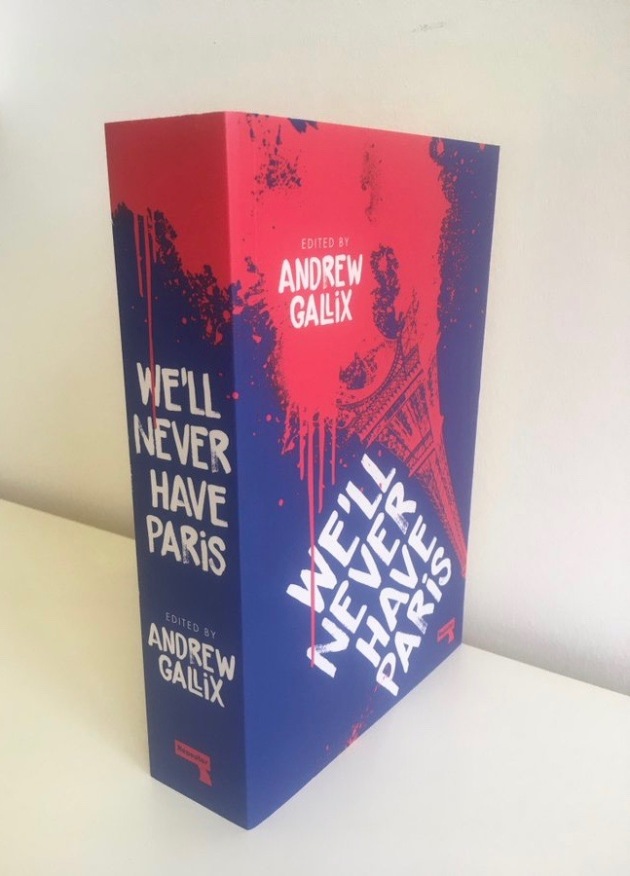 “When good Americans die, they go to Paris”, wrote the Irish playwright Oscar Wilde in 1894.

The French capital has always radiated an unmatched cultural, political and intellectual brilliance in the anglophone imagination, maintaining its status as the modern cosmopolitan city par excellence through the twentieth century to today.

We’ll Never Have Paris explores this enduring fascination with this myth of a bohemian and literary Paris (that of the Lost Generation, Joyce, Beckett and Shakespeare and Company) which also happens to be a largely anglophone construct — one which the Eurostar and Brexit only seem to have exacerbated in recent years.

Edited by Andrew Gallix, this collection brings together many of the most talented and adventurous writers from the UK, Ireland, USA, Australia and New Zealand to explore this theme through short stories, essays and poetry, in order to build up a captivating portrait of Paris as viewed by English speakers today — A Moveable Feast for the twenty-first century.