A short story of mine, “Half-Hearted Confessions of a Gelignite Dolly-Bird”, appears in I Transgress: An Anthology of Transgressive Fiction (Saló Press). Superbly edited by Chris Kelso, it also includes the likes of Tom Bradley, Dennis Cooper, James Joyce and Iain Sinclair among many others. 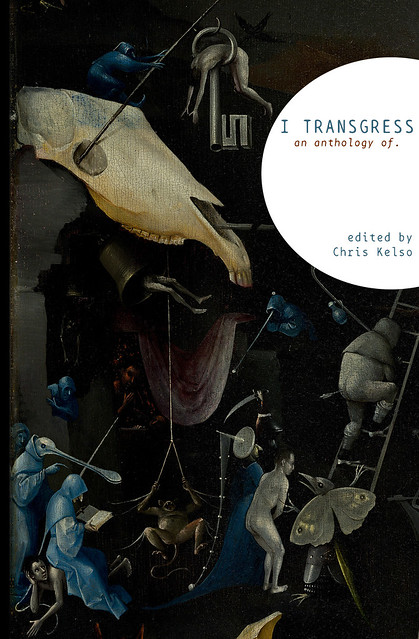 Max Liu on We’ll Never Have Paris in the Financial Times, 1 June 2019

. . . There is something for most tastes among the 82 contributions, edited by Andrew Gallix. From Nicholas Royle’s mini-thriller “Music for French Films” to the experimentalism of Joanna Walsh’s “The Hanged Man”, there are pieces about youth, politics, illness and romance. Some of the writers, from the UK, US and beyond, live or have lived in Paris. Almost all of them explore the myth of bohemian Paris — “an anglophone construct”, according to Gallix. . . . Readers might come to this book for its celebrated contributors — the novelists Will Self and Tom McCarthy among them — but they should stay for the efforts of its lesser-known lights. . . . Repeater has sensibly published this near 600-page volume as a paperback original that would fit comfortably in your bag as you amble along the boulevards. . . . Paris eludes our attempts to define it, but the range of styles and voices in this book suggests it will always capture writers’ imaginations.

Catharine Morris — the Times Literary Supplement‘s travel editor — discusses We’ll Never Have Paris with Thea Lenarduzzi in the 30th May 2019 instalment of Freedom, Books, Flowers & the Moon, the TLS podcast. Listen to it here.

Natasha Lehrer has written an amazing, full-page review of We’ll Never Have Paris for the Times Literary Supplement, 31 May 2019, p. 12

. . . In a fine introduction, the book’s editor Andrew Gallix claims Paris as a product of the anglophone imagination, ‘the locus of an art-life merger. . . It is the place that you have to go to to become, be recognised as, and lead the life of a writer”. . . . Gallix claims that the city is a “sort of neutral meeting ground for writers and readers from across the Anglosphere”, which, though possibly true, is not necessarily or always an entirely good thing for the writing that comes out of it. (Gallix’s own short story, featuring a cruelly plausible intellectual called Sostène Zanzibar, is one of the best pieces in the book — funny, allusive, clever and terribly French). . . . 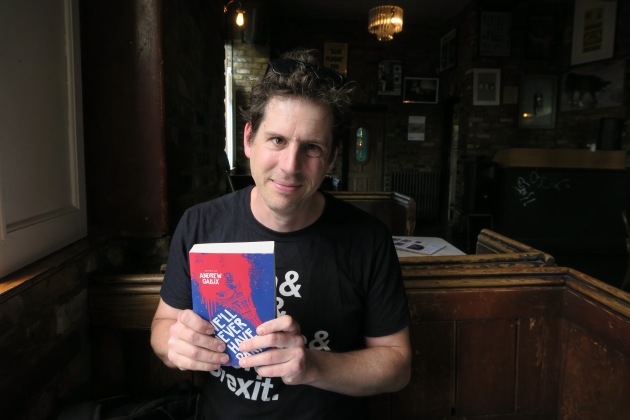 Meanwhile, a quick dispatch from the literary elsewhere. Last night I helped launch We’ll Never Have Paris at the wonderful Burley Fisher, in That London.

I’m very proud that there are quite a few Galley Beggar writers in it, alongside a very healthy percentage of the writers who are Doing Good Stuff. There are 79 contributors to this collection — and more to the point, it’s fantastic. I had a blast being the MC at the launch. The readings were just great. I was proud to be there. Here’s the view from the stage. Standing room only:

Andrew Gallix, the editor, is one of the pillars of our world. Only Andrew would have had so many fantastic writers so eager to contribute to a project like this one. It’s a fine idea for a book. To write about Paris, but the Paris that doesn’t exist, the Anglophone vision of Paris, the dream of Paris… Anyway, you’ll see how well it works when you dive into its hundreds of pages and see how varied the contributions are. And it’s not just this book, it’s all the fantastic things Andrew — and 3:AM — have done over the years. Among our generation of writers and publishers, there are very few who haven’t been encouraged, helped and published by him. Chances are that he’ll have helped you if you’re a writer or publisher who isn’t quite at home in the big world, who has crazy romantic dreams about Art and Posterity and who instantly understands the 3:AM tagline: whatever it is, we’re against it. Quietly — rarely putting himself in the foreground — but unstoppably, he has moved things forward. In other words, please buy his book — and enjoy it too. Because the other thing Andrew and 3:AM have always been good at is making it fun.

Greer, Robert. Review of We’ll Never Have Paris by Andrew Gallix, editor. The London Magazine, 17 May 2019

. . . This collection, compiled and edited by Andrew Gallix (of the long-standing online journal 3:AM Magazine), looks at whether this idea of Paris matches the reality (it rarely does), of whether visions formed from hundreds of years of cultural baggage can properly interact with the contemporary metropolis, and whether the true Paris (whatever that is) might actually be something more interesting than our misguided visions.

Gallix’s accomplishment has been to draw together some of the finest voices in contemporary writing (with Joanna Walsh, Eley Williams, Sophie Mackintosh, Isabel Waidner, Alex Pheby and Max Porter all featured here), while creating a sense of balance among the many desires, reminiscences, and voices of the many visions of Paris found in the book’s 561 pages. The writers featured are drawn from across the English-speaking world, with the USA, Australia and New Zealand all represented, along with of course the UK and Ireland. Many of the writers have lived, or currently live in Paris, although some write only from fleeting visits.

. . . There may be the occasional crossover of landmarks and street names, but what is found here is affirmatively not the Paris of Gertrude Stein and James Joyce, of the drinking dens and eateries of Ernest Hemingway, or even the hedonism of the down-and-out Henry Miller. The contemporary reality, in response to these postcards (while occasionally bleaker and more melancholic) has far more depth than these out-dated archetypes. Indeed, as Gallix points out in his superb introductory essay, our interpretation of Paris is flawed by the anglophone background of the figures that we have built our mythology of the city around — Gallix noting that as cultural consumers of Paris, our interpretations tend to be far less informed by the likes of Verlaine, Rimbaud, Sartre and De Beauvoir than it should be. . . .