A short extract from Dan Kois‘ “Why Do Writers Abandon Novels?” The New York Times 4 March 2011 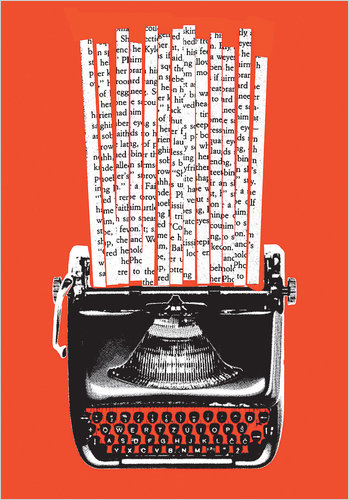 “A book itself threatens to kill its author repeatedly during its composition,” Michael Chabon writes in the margins of his unfinished novel “Fountain City” — a novel, he adds, that he could feel “erasing me, breaking me down, burying me alive, drowning me, kicking me down the stairs.” And so Chabon fought back: he killed “Fountain City” in 1992. What was to be the follow-up to his first novel, “The Mysteries of Pittsburgh,” instead was a black mark on his hard drive, five and a half years of work wasted.

That’s why you’ve never read “Fountain City,” just as you’ve never read John Updike’s “Willow,” Junot Díaz’s “Dark America” or Jennifer Egan’s “Inland Souls” — all abandoned by their authors after years of toil and piles of pages. Chabon, though, has recently published the first four chapters of “Fountain City” in the literary magazine McSweeney’s, complete with annotations that in turn bemoan and belittle the book that stole so much of his life before he put his misery out of its misery.

Why would a novel be, in Chabon’s parlance, “wrecked”? Authors, always sensitive creatures, might abandon a book in a fit of despair, as Stephenie Meyer initially did in 2008 with her “Twilight” spinoff “Midnight Sun,” which she declared herself “too sad” to finish after 12 chapters leaked to the Internet. More dramatically, in 1925 Evelyn Waugh burned his unpublished first novel, “The Temple at Thatch,” and attempted to drown himself in the sea after a friend gave it a bad review. (Stung by jellyfish, Waugh soon returned to shore.) More dramatically still, Nikolai Gogol died a mere 10 days after burning the manuscript of “Dead Souls II,” for the second time.

Sometimes success intrudes on a writer’s plans, transforming what once came easily into an impossible slog — as happened to two old friends, Harper Lee and Truman Capote. Lee had written more than 100 pages of her second novel, “The Long Goodbye,” before “To Kill a Mockingbird” was even published in 1960. But the attention accompanying the wild success of “Mockingbird” slowed her output to a trickle. After years of fitful work, she seems to have given up, telling her cousin, “When you’re at the top there’s only one way to go.”

Capote, meanwhile, published chapters from his long-gestating “Answered Prayers” in Esquire, and the resulting fallout — longtime friends, recognizing themselves in the barely veiled portraits of desperation and decadence, cut Capote off — infuriated and hurt him. “What did they expect?” he asked his editor. “I’m a writer, I use everything.” Some think that Capote wrote more, but that the chapters were destroyed or lost; many, including his longtime partner, Jack Dunphy, believe he never wrote another word.

Then there are novels abandoned for the dullest of reasons, one as familiar to M.F.A. students and National Novel Writing Month participants as it is to the pros: The novel just isn’t working. …

My piece on controversial French author Marc-Edouard Nabe was published on the Guardian‘s website today.