This review of David Caron‘s AIDS in French Culture: Social Ills, Literary Cures (University of Wisconsin Press, 2001) appeared in the inaugural issue of the Hyde Park Review of Books (winter 2002):

David Caron weaves literary criticism, cultural history and gay studies into a brilliant, sometimes dazzling, examination of “AIDS in French Culture.” The importance of his book is beyond doubt — given the extent of the AIDS pandemic in France — but one cannot help feeling that the whole is somehow less than the sum of its parts. Paradoxically enough, for one whose purpose is to dispel the preposterous idea that AIDS appeared to fulfill a purpose, Caron imposes an overarching, teleo(il)logical narrative thread upon what is essentially an episodic structure. Each chapter is a little island of Flaubertian self-containment in which the author introduces regular recaps and pointers to give a semblance of continuity or direction. As a result, the conclusion (where the author belatedly develops his ‘central’ thesis) seems tagged on to a collection of related articles. If the weaving is a little décousu, however, it is mainly because AIDS in French Culture is much more than just another polemical tract.

The author’s premise is that France’s inability to cope with AIDS in an effective manner has been largely due to intellectual muddle. He argues convincingly that the AIDS debate of the 1980s was couched in terms dating back to the Third Republic. The young regime’s blissfully optimistic religion of science was mirrored, in Jekyll and Hyde fashion, by a pathological fin-de-siècle fear of degeneration. Caron analyses skillfully how these forces of unreason were recast as rational discourse to absurd yet devastating effect. The newly-medicalized figure of the male homosexual became the first scapegoat of this “evil side of progress,” before the rise of an unprecedented wave of anti-Semitism.

In a catch-22 situation reminiscent of the mad, circular logic of Joe Orton’s psychiatrist in What the Butler Saw, homosexuals were accused of being both the cause and the consequence of national decadence. In short, they were guilty of being victims: “The homosexual found himself twice determined, and was held responsible for a disorder of which he was also an outcome.” The author tracks down such pseudoscientific postures or impostures from Zola’s attempt to model literature on a medical discourse which itself was “structured by metaphors” to the AIDS epidemic which was simultaneously explained through supposedly-meaningful metaphors and used as a trope “for the collapse of moral values.” Close reading is clearly Caron’s forte and his studies of Zola and Genet offer invaluable insights into the authors’ works. The chapter devoted to Hervé Guibert’s literary détournement of contamination — “the principle governing metaphors” — which enabled the novelist to reclaim infection “not only as a destructive but as a productive process” is a tour de force.

Above all, Caron counters the misconception according to which we are equal in front of the disease: “If, biologically speaking, anybody can get AIDS, not everybody will.” This “humanist cant” is prevalent in France where the “founding narrative of universal equality” has been applied to HIV “as if the virus were to abide by the ‘Declaration of the Rights of Man and the Citizen.'” By refusing to recognize the existence of a gay community, the “French model of republican integration” has been partly responsible for “the deaths of tens of thousands of people.” One can only hope that a French translation will follow shortly. As a form of public service.

This very short review of Mad Anatomy (Del Sol Press), Kimberly Nichols‘s collection of short stories, was posted on the publisher’s website when the book came out in 2003:

Kimberly Nichols carves a razor-sharp crescent out of a plucked pregnant moon to adorn a dirty martini. Barefoot dances around cactus-skeleton plots like some snake-hipped offspring of Rimbaud and Huck Finn. Skinny dips in the swamp blues of tormented souls or in the tropical storm of conflicting emotions. Like all good American authors, Kim shows us the spiritual rooted in the elemental. Like all great American authors, she shows us that there is another America.

Suffering from unspeakable withdrawal symptoms, a junkie bashes herself in the face with a book — repeatedly. Tony O’Neill does not mention the title, but a copy of Down and Out on Murder Mile, the hard-hitting sequel to his celebrated debut, would be most apposite. “My books are meant to read as immersive experiences,” he says. “You are dragged into the toilet stall and feel the needle going in.” This time round, however, the in-your-face squalor is shot through with the whitest flashes of transcendence. Whereas Digging the Vein showed the author “digging a big hole” for himself, Murder Mile relates how he crawled out of it.

There are cult writers, and then there is Tony O’Neill: the junkie’s junkie. This is a man who used to chase the dragon with the zeal of St George — even his dealer tried to persuade him to quit on one occasion.

O’Neill was born in 1978, on the wrong side of the track marks, as it were. He describes Blackburn as a “dying-on-its-arse old cotton town” where — according to one of his poems — those who fail to escape “pray for cancer or a speeding truck”. O’Neill legged it on the tail end of Britpop, playing keyboards with the likes of Kenickie and Marc Almond (he describes a later stint with dope fiends the Brian Jonestown Massacre as “Exile on Main Street, on a budget”). After his music career fizzled out, he relocated to the States and plunged headlong into the dark underbelly of Tinseltown, soon acquiring a serious habit and a couple of ill-suited wives. This dramatic period provided most of the material for his first novel, Digging the Vein, which he wrote while on the methadone programme described in his second. 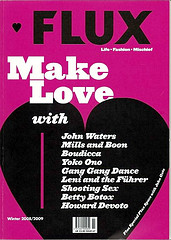 Although Down and Out on Murder Mile is billed as “semi-autobiographical fiction,” it seems to be based so faithfully on the author’s past that one wonders what is really fictitious about it. “My first and main reason for not labelling the book as autobiography is really simple,” he explains. “Who the hell would want to read my autobiography?”

Just as Morrissey grew into the kind of icon that graced the sleeves of his early records, O’Neill has become a biography waiting to be written. And inevitably, some readers are attracted to his work, not so much for its intrinsic value, but because the author has descended to the underworld Orpheus-style, and lived to tell the tale. But O’Neill (who mocks the idea that “drugs are a shortcut to any kind of insight” and is loath to ever become a “professional ex-addict”) knows that “you’d better bring something more to the table than your track marks and some missing teeth” if you are to become a proper author. “When I sit down to write, I don’t think that people will be fascinated by my story because of my personal history. I hope that the telling of it will fascinate them”. That said, he recalls attempting to compose a novel when he was 16 and realising that he had no story to tell. “Maybe for other people it’s different, but for me life had to knock several rounds of shit out of me before I knew what I wanted to say”.

More than its prededecessor, Murder Mile is what the Germans would call a Künstlerroman — a novel that is a portrait of the young artist. It chronicles its own genesis, but never in a tricksy, postmodern fashion.

The opening sentence hits a low point (“The first time I met Susan she overdosed on a combination of Valium and Ecstasy”) and then it goes downhill for most of the way. Despite the seediness and hardship, the narrator’s loveless, and largely sexless, marriage to Susan — the aforementioned book basher — is quite romantic, in a Sid-and-Nancy kind of fashion. Here, drugs stand in for the love potion of so many traditional love stories, and there’s the obligatory coupling of Eros and Thanatos, the “unspoken agreement that [they] would eventually die together”. Witnessing this junkie couple in freefall, shooting up and getting high to plumb the lowest depths, is often as exhilarating as a rollercoaster ride, at least on paper. “There’s something really romantic about death and self-destruction when you’re at a certain point in your life,” admits O’Neill. This death wish was underpinned by a kind of nihilistic hedonism coupled with a wide-eyed rejection of compromise and mediocrity. “Our lives are ultimately meaningless, so why not pass the time pleasurably? Heroin fed into that excessive, idealistic part of me: if I can feel this good for one moment, then I should be able to feel this good every moment of every day. Of course it can’t be, but I feel that there is some intellectual justification in saying that a life spent in the futile pursuit of some kind of transcendence is a life better spent than if you accept that it will never be as perfect as you hoped.” Drugs and sex offer fleeting intimations of immortality, but only unconditional love provides a way out. “Would I be dead if I hadn’t met Vanessa when I did?” wonders O’Neill. “In all honesty, the chances are yes. There certainly wouldn’t be any books.”