A piece of mine, entitled “The Boy Looked at Eurydice” appeared in Berfrois today. That’s me in the picture, reading to my sister Sarah, when we were both very young indeed. 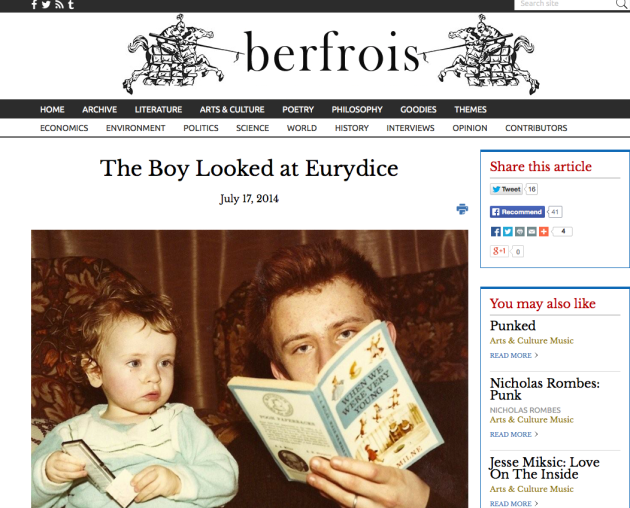 Punk was carpe diem recollected in cacophony — living out your ‘teenage dreams,’ and sensing, almost simultaneously, that they would be ‘so hard to beat’ (The Undertones). The movement generated an instant nostalgia for itself, so that it was for ever borne back to the nebulous primal scene of its own creation. Its forward momentum was backward-looking, like Walter Benjamin’s angel of history.