“I was trying,” Mina Loy observed in 1927, with reference to her polyglot, punning, scholastic, asyntactic, unpunctuated free-verse poems, “to make a foreign language, because English had already been used.”
– Marjorie Perloff, “The Mina Loy Mysteries: Legend and Language,” American Book Review October-November 1996

You may never have heard of him, but Arthur Cravan was one of the most influential writers of the 20th century. The fact that he wrote precious little — and certainly nothing of any lasting literary value — should not be held against him. Quite the contrary, in fact. The world’s shortest-haired poet, as he often described himself, put all his genius into his life, turning it into a magnum opus full of sound and fury, high farce and convulsive beauty. In so doing, he influenced every single major avant-garde movement from Dada onwards. Cravan was the original Sid Vicious, the blueprint for all the subsequent outrages committed in the name of art. “Let me state once and for all: I do not wish to be civilised,” he wrote — and he meant it, man. Next to him, the YBAs in their shark-pickling heyday were about as controversial as a mug of Horlicks. David Lalé put it in a nutshell: “His was a life dedicated to wanton destruction, to the extent that he elevated scandal and humiliation into an art form” (Last Stop Salina Cruz).

Arthur Cravan (or Fabian Lloyd, to call him by his real name) was born in Switzerland in 1887. His first brush with authority occurred early on when he was expelled from an English military academy for spanking a teacher. Having relocated to bohemian Paris — where he partied hard with the likes of Blaise Cendrars and Kees van Dongen — Cravan planned to fake his own death so that he could publish his first book “posthumously,” in a blaze of publicity. For some reason this stunt was shelved, but he pulled off the more remarkable feat of becoming France’s Heavyweight Champion in 1910 without throwing a single punch. One of his opponents got the jitters and called it quits before the match had even started. A couple of others were directed to the wrong venue thus failing to show up. The last one sprained his ankle as he jumped a trifle too eagerly into the ring.

A big bruiser of a man, Cravan certainly looked the part — Mina Loy, his future wife, would write a book about him entitled Colossus — but his boxing was on a par with his poetry: spirited, at best. Comically enough, he was caught up by his reputation in Barcelona where he was unable to wriggle out of a rumble with former World Champion Jack Jones, an episode which left him reeling, punch-drunk. The fact that he was drink-drunk to start with probably did not help.

None of this prevented Arthur Cravan from flogging his “poet and boxer” image for all it was worth. Although he was a fraud, he inspired a long line of literary pugilists, and even came to be seen by some as the ultimate adventurer-scribe: literature made flesh. Paradoxically, for one whose existence exerts such fascination, he was a self-publicist who had no self to publicise. “I am all things, all men and animals!” he wrote in one of his better-known poems (“Hie!”), before wondering if he would ever manage to “leave behind” his “fatal plurality”. Reflecting on his hyper-protean nature — his dizzying array of disguises, pseudonyms and personae — Mina Loy claimed that Cravan “worked to maintain his reality by presenting an unreality to the world — to occupy itself with — while he made his spiritual getaway”. His whole life, at least from the time he first set foot in Paris, was indeed one long, convoluted disappearing act.

Cravan first gained the notoriety he so craved through Maintenant (“Now”), the literary journal in which he wrote everything under various noms de plume. It was partly a vanity outlet for his poems and essays, but primarily a means of courting controversy. Sourced from a butcher’s shop, the very paper it was printed on highlighted his utter contempt for belles-lettres. In the first issue, he ran a fake interview with Oscar Wilde — his late uncle — claiming that he was still alive. Cravan’s Bill Grundy moment occurred when he devoted an entire issue to gratuitous insults aimed at almost all the painters taking part in the 1914 Independents Exhibition. He opined, for instance, that only a good seeing-to would enable Marie Laurencin to fully grasp the true meaning of Art. As a result, her lover — the poet Guillaume Apollinaire — challenged Cravan to a duel which he narrowly avoided by apologising half-heartedly. He was also taken to court and almost lynched by a posse of avant-garde painters while selling copies of his journal from a wheelbarrow outside the exhibition room.

Maintenant proved that writing, for Cravan, was essentially boxing by another means, as did the infamous series of conferences he gave in Paris. During these happenings, he would take swigs from a bottle of absinthe (in lieu of the habitual bottle of water), shout abuse at the spectators and even fire gunshots over their heads. On one occasion, he wore nothing but a butcher’s apron and concluded proceedings by mooning the audience instead of bowing in the traditional fashion. On another, he sold rotten fruit and vegetables at the entrance so that people could pelt him during the performance should they feel so inclined (which they did). His final Parisian gig descended into pandemonium when he failed to commit suicide as advertised — a riot that forestalled his drunken inauguration of the 1917 Exhibition of the Society of Independent Artists in New York. Francis Picabia and Marcel Duchamp (whose legendary urinal was part of the show) had plied him with gallons of booze beforehand in the hope that his antics would put Dada on the map in the United States. Cravan rose to the occasion: he stumbled on stage looking the worse for wear and started to strip — knocking over a painting in the process — only to be pounced upon and carted away by security. Job done.

Arthur Cravan took Romantic hysteria to its logical conclusion: he was by turns histrionic, attention-seeking, uncontrollable, excessive, hilarious and, most importantly, the author of himself (hustera is Greek for womb). He was also a con artist with a cause. “The world has always exploited the Artist,” he once declared, “it is time for the Artist to exploit the world!” It was his fake-painting trafficking, rather than the First World War, that initially forced him to go on the run. He roamed the Continent, using several fake IDs, looking for “that something the poet always seems to have mislaid,” as Mina Loy elegantly put it. In Barcelona he became something of a living legend among Dadaists. When the war seemed about to catch up with him again, he relocated to New York (travelling aboard the same ship as Trotsky) and fled once more as soon as the Americans entered the conflict. Cravan stole the passport of an artist friend (who had conveniently conked out following a night on the razz) before crossing the Mexican border dressed — paradoxically enough — as a soldier. He was last seen in 1918, sailing away on a drunken boat of his own making (probably bound for neutral Argentina), leaving behind his “fatal plurality” for ever. “Whatever is said and done or even thought,” he had declared, “we are prisoners of this senseless world”. Perhaps he was trying to prove himself wrong.

Cravan was always larger than life and, in many ways, he was just too bad to be true. He was a self-unmade man whose biggest conjuring trick was to spirit himself away by taking elusiveness to the point of illusiveness. “You must dream your life with great care,” wrote this outrageous six-footer who managed to cross frontiers as if he were the Invisible Man. In the years following his disappearance, he would be sighted all over the world in a variety of guises. Several people, for instance, were convinced that he was the shadowy Dorian Hope who passed himself off as André Gide’s personal secretary and sold forged Wilde manuscripts to English and Irish booksellers from his Paris base. There is even a theory according to which he was none other than B. Traven, the mysterious author of The Treasure of the Sierra Madre. He inspired Gide’s Lafcadio, the infamous character who kills a man for no other reason but to exercise his free will, and became a symbol of ultimate transgression for the likes of Guy Debord. Dead or alive, Arthur Cravan is still at large. 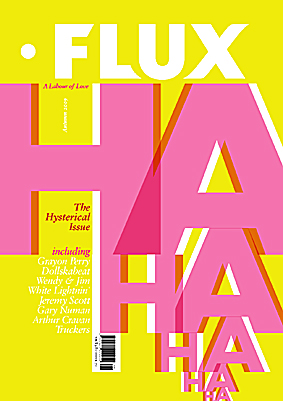