In 2007, I wrote four entries for The Little Black Book of Books (Cassell Illustrated) edited by Lucy Daniel. 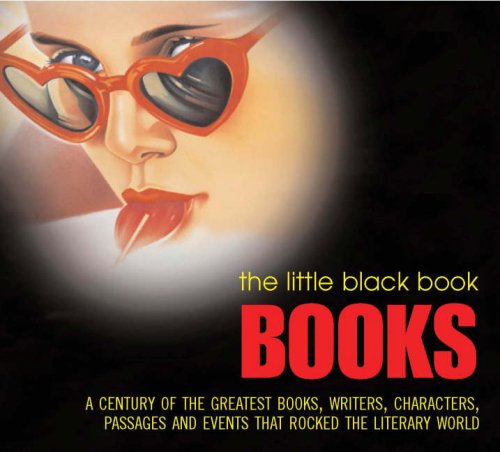 Here is the full-length entry on Ben Marcus‘s Notable American Women which was abridged (p. 759).

Ben Marcus’s Notable American Women (2002) is a work of baffling originality which often reads like a user’s guide to some weird-but-wonderful contraption that does not exist. Ostensibly, it is a dystopian family drama set on a farm in deepest Ohio. Jane Marcus joins a feminist cult that aims to achieve total silence and stillness. As a result, her son (Ben) is subjected to the mother of all child-rearing experiments while her husband (Michael) is confined to a hole in the backyard.

Most of the action, however, takes place at a linguistic level. The figments of the author’s fertile imagination are couched in legalese and other technical terms culled from how-to handbooks or business manuals. Freed from its utilitarian raison d’être, this affectless — mock-unheroic — prose produces a jarring poetic note which sounds “like nothing at all” and conjures up the dream of a book that “would go without saying”.

One could argue that Notable American Women dramatises the tension between what goes “without saying” and what goes unsaid. The female Silentists’ decision to suppress their own voices is primarily a political act, but it is also reminiscent of the aesthetics of silence which — from Rimbaud’s agraphia to Cioran and beyond — has cast a shadow over contemporary literature. The first part of the novel is a “disclaimer” attributed to Michael that aims to “mute all that follows”. In a bid to pre-empt the symbolic killing of the paterfamilias (the author plays upon this Oedipal dimension by lending his own name to the protagonist), Michael discredits his son’s credentials as a writer and a human being. Ben, we are told, is ugly, weak, neurotic, retarded and — worse still — an unreliable narrator whose book he invites us to burn: “[H]ow can a single word from Ben Marcus’s rotten, filthy heart be trusted?” For good measure, he exploits the anxiety-of-influence motif by explaining that a father is “the first author” of his son’s work and that the latter’s voice is the product of “sheer ventriloquism”. The struggle to reassert authority which lies at the heart of these notes from underground could be construed as a deranged revenge — beyond the Barthesian grave — of the author over the scriptor.