Haven, Cynthia. “’The Genius to Glue Them Together: On René Girard and His Ideas.” Los Angeles Review of Books, 25 March 2018. 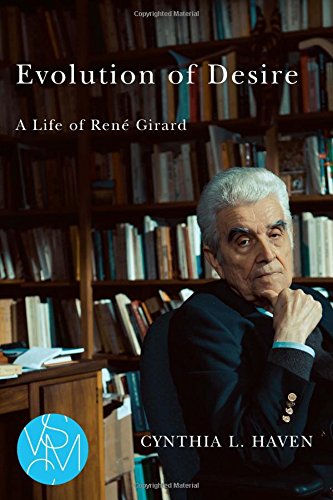 Deceit, Desire, and the Novel already bears Girard’s signature writing style — formal yet engaging and approachable, erudite, incisive, and masterful — it’s the book that would make his reputation. I found the book rather addictive, though Library Journal called it “a highly complex critique of the structure of the novel,” and added a warning: “As may be expected, the interpretations are highly psychological, the argument philosophical, and the intellectual footwork, dazzling; but for the reader, the going is slow, and conviction, grudging.”

For many, however, it was a revelation. “You can always trust a Frenchman to view the world as a ménage à trois,” wrote Andrew Gallix in the Guardian, describing Girard’s theory of mediated desire. “Discovering Deceit, Desire and the Novel is like putting on a pair of glasses and seeing the world come into focus. At its heart is an idea so simple, and yet so fundamental, that it seems incredible that no one had articulated it before.”