This appeared in the August 2013 issue of Numéro Cinq, with a wonderful introduction by Douglas Glover: 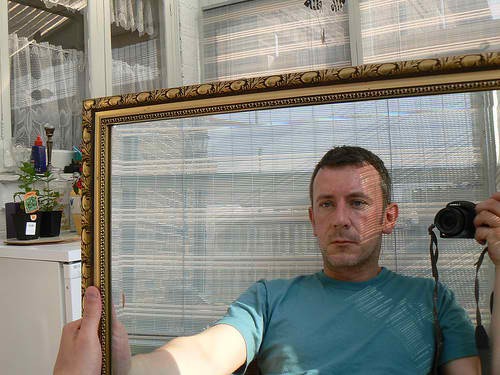 How is the marchioness? Still playing Alice in Rubberland?
– Adam and the Ants, “Rubber People”

Surprising as it may seem, “The marquise went out at five” ranks among the most famous quotes in modern French literature. It could have been tossed off by some Gallic Bulwer-Lytton type, and in a manner it was, albeit a fictitious one. These hapless words were first recorded in the 1924 Surrealist Manifesto, midway through a rant against what Barthes would dub the “reality effect“. André Breton recalls the time when Paul Valéry assured him he would never write a novel, adducing his aversion to opening sentences à la “marquise”. Referenced by numerous authors, from André Gide to Nathalie Sarraute through Francis Ponge, the marchioness and her teatime peregrinations, came to embody everything that was wrong with a certain brand of conventional fiction.

It was not just the insipid incipits of well-made novels that Valéry objected to. He believed that writing always betrayed the complexity of human thought. “The more one writes,” he wrote, “the less one thinks.” Valéry’s Monsieur Teste — a close cousin of Melville’s Bartleby and Musil’s Ulrich — is particularly scornful of novels and plays, in which “being is simplified even to stupidity”. Like his character, the reluctant author felt that prose was essentially prosaic — a communication tool as pedestrian as a peripatetic marquise in a potboiler. Poetry, on the other hand, was conversant with the ineffable, and could therefore be regarded as a true art form. The fact that some of the greatest novels of the last century merged prose with poetry, and that some of the greatest poets of our time (Gary Lutz) are fiction writers, seems to invalidate this dubious theory. Nonetheless, Valéry’s quip tapped into a growing sense of disillusionment with the novel, which, despite some very notable exceptions, already seemed to have ossified in its Victorian incarnation. Compared with the avant-garde movements’ attempts to bridge the gap between art and life — chief among them, Breton’s Surrealism — the novel’s “puny exploits” (Beckett) seemed risible.

Above all, Valéry objected to the arbitrary nature of such perfunctory preambles, anticipating Knausgaard‘s recent crisis of faith: “Just the thought of fiction, just the thought of a fabricated character in a fabricated plot made me feel nauseous”. Here, the reader’s willing suspension of disbelief is tested to breaking point by the nagging feeling that the marchioness could just as well have been a duchess on a different timetable, or an alien on another planet. What is lacking, to quote Dylan Nice, is the sense of “a text beyond the writer to which the writer submits”.

The refusal to submit to external constraints was key to the emergence of the novel. Gabriel Josipovici analyses this trend in What Ever Happened to Modernism?: “Genres were the sign of submission to authority and tradition, but the novel, a narrative in prose, was the new form in which the individual could express himself precisely by throwing off the shackles that bound him to his fathers and to tradition”. The flipside of this emancipation of the writer (or privatisation of writing) was, as Walter Benjamin pointed out, isolation. No longer the mouthpiece of the Muses or society, novelists could only derive legitimacy from themselves. It is this crisis of authorial authority that Valéry’s marquise throws into relief.

In Reading Writing, Julien Gracq took Valéry to task over the alleged randomness of his imaginary opening sentence. “Everything counts in a novel, just as in a poem,” he argues; it just takes longer for patterns to emerge. Quite. Even at a micro-level, any minor amendment can trigger a butterfly effect. Should the marchioness morph into a princess, for instance, we might suddenly find ourselves slap bang in fairy-tale territory. Should she pop out, say, instead of simply going out, the register, and perhaps even the meaning, would be altered, and so forth. The point, however, is not whether everything counts in a novel, but whether a novel of this kind counts at all.

“The marquise went out at five” parodies all those narratives that aim for verisimilitude whilst inadvertently advertising their fictive status. In so doing, the sentence conjures up a quantum multiverse of alternatives. It haunts itself, begging to be rewritten over and over again, until all possibilities have been exhausted, and it can finally be laid to rest. The most recent example of this repetition compulsion is Jean Charlent’s Variations Valéry (2011) — a series of pastiches of 75 different authors, riffing off the famous phrase (which Claude Mauriac had cheekily used as the title of an early novel). Significantly, the marchioness made an appearance in One Hundred Thousand Billion Poems, Raymond Queneau‘s famous collection of ten sonnets (1961). Composed as an antidote to a bout of writer’s block, it comes in the singular — but fittingly ludic — shape of a flipbook. The fourteen lines on each page are printed on individual strips, so that every line can be replaced by the corresponding line in any of the other poems. By the author’s reckoning, it would take someone 190,258,751 years to go through all possible combinations. Queneau thus succeeded in producing a work that was at once complete, always in the process of becoming (with a little help from the reader) and necessary (on its own combinatorial terms). It was also the founding text of the OuLiPo — Ouvroir de Littérature Potentielle, or Potential Literature Workshop — which Queneau launched with François Le Lionnais, in 1960.

Queneau parted company with the Surrealists over aesthetic, as well as political, differences. He increasingly objected to their experiments in automatic writing, premised on the idea that freedom was “the absence of all control exercised by reason” (Breton). “Inspiration which consists in blind obedience to every impulse is in reality a sort of slavery,” countered Queneau, “The classical playwright who writes his tragedy observing a certain number of familiar rules is freer than the poet who writes that which comes into his head and who is the slave of other rules of which he is ignorant.” Italo Calvino concurred: “What Romantic terminology called genius or talent or inspiration or intuition is nothing other than finding the right road empirically”. It is, paradoxically, through the observance of rules that emancipation takes place. “I set myself rules in order to be totally free,” as Perec put it, echoing Queneau’s earlier definition of Oulipians as “rats who build the labyrinth from which they plan to escape”.

Historically, the importance of the Oulipo is to have provided an escape from the Romantic cul-de-sac of unfettered imagination (or its Surrealist avatar, chance) through the reintroduction of external constraints.