A Towering Work of Staggering Scholarship

Grand Hotel Abyss is a towering work of staggering scholarship. It is so comprehensive that even its own existence falls within its purview. Stuart Jeffries, a former Guardian arts editor, reflects, in the closing pages, on the “mini-boom in popularising critical theory books” — a “perverse consequence of the global capitalist crisis” — comprising “graphic guides, dictionaries, perhaps even this book”.

It is as if his magnum opus were enacting one of the Frankfurt School’s central tenets: the absence of any external perspective from which to critique the system. “There is,” lamented Theodor Adorno, “no exit from the entanglement” — a maxim that also applies to these thinkers’ pervasive influence and, dare I say, aura. Those whom Bertolt Brecht dismissed as the “Frankfurturists” are now an integral part of our theoretical make-up, whether we agree with them or not.

Jeffries should be applauded for sticking to a broadly chronological narrative rather than experimenting with Walter Benjamin’s rather baffling “dialectical image”. His engagement with these thinkers’ ideas is, contrarily, very much in keeping with the Frankfurt School ethos.

He counters Benjamin’s technological utopianism by stating that “one could also argue the opposite” and reminds Adorno, beyond the grave, that Germany was first defeated by “Soviet totalitarianism”, not by a “more advanced form of capitalism”.

Jeffries is unafraid of giving voice to common sense — “isn’t it ludicrous to compare the Third Reich to Hollywood?” — or being didactic when needs be: apropos of Adorno’s constellation theory of knowledge he writes, “This is all quite tough stuff and, even for adepts of critical theory, hard to swallow.”

Unexpected humour
Humour (“to get dialectical for a moment”) is one of the most unexpected facets of this book devoted to hard-core German intellectuals. Benjamin’s somewhat ludicrous resemblance to Groucho Marx or Charlie Chaplin is remarked on, and a quotation from his Neapolitan peregrinations elicits the following gloss: “It’s hard to tell in this passage whether Walter Benjamin is being given directions or being propositioned. Either way, he seems to like it.” And Herbert Marcuse’s meeting with Jean-Paul Sartre (above) at La Coupole is recounted in hilarious detail.

His “group biography” is an intellectual saga. Readers looking for upskirt pictures of Hannah Arendt will be sorely disappointed: titillation in these rarefied climes is of a purely cerebral nature. The infamous Busenaktion of 1969, when Adorno was surrounded by three female students who “bared their breasts and scattered rose and tulip petals over him”, barely raises an eyebrow. A benign, possibly enviable form of protest to be faced with, in theory, but one that proved profoundly hurtful in praxis.

Commendably, Jeffries only ever adduces private matters to highlight glaring discrepancies between rhetoric and reality. A prime example is the highly conventional lifestyle led by Marcuse, despite publishing works “indicting bourgeois repression”.

The New Left darling’s fondness for a stuffed hippo is as close as we get to tittle-tattle. Yet even this cuddly-toy fetish proves significant, highlighting how some of the last century’s finest minds were also overgrown children. Incapable of making himself a cup of coffee, Benjamin was bankrolled by his parents until “well into his thirties”. Marcuse could neither cook nor drive. Adorno is described as a “child prodigy who never grew up (because he didn’t have to)”. Few of them did, given their wealthy backgrounds and the women — conspicuous by their absence at the Institute for Social Research, to give the Frankfurt School its proper name — who waited on them at home. Practice was never the school’s forte; nor, to be fair, was it ever meant to be.

Although ostensibly Marxist, the institute was founded, at Goethe University in 1924, not to promote revolution but to analyse its failure. Focus on the ill-fated Spartacist uprising soon shifted to understanding the triumph of Nazism — which led the scholars into exile — and Germany’s postwar “psychopathology of denial”.

Capitalism had moved on since Marx. It was no longer a mere mode of production but an entire superstructure, encompassing the mass media and show business, geared towards concealing its exploitative nature. As Marcuse astutely observed, anticipating today’s ludic work environment, “the pleasure principle had absorbed the reality principle”.

Under the aegis of Max Horkheimer, who became its director in 1931, the institute took a “multidisciplinary turn” so as to embrace all aspects of this complex system, thus giving birth to critical theory. Such hybrid studies conducted “at the trough of mass culture” would indicate, contra Marx, that the proletarian revolution was not inevitable. As a result the Frankfurt School became “modern-day monks working in retreat from a world they could not change”.

Adorno and Horkheimer jettisoned the Enlightenment’s legacy, arguing that reason had become an instrument of oppression rather than emancipation (Dialectic of Enlightenment, 1944). They did so, in brilliantly paradoxical style, by taking “the corpse of reason” and making it “speak of the circumstances of its own death”.

In Negative Dialectics (1966) Adorno went on, quite logically, to reject Hegel and Marx’s “conception of history as moving dialectically towards a happy ending”. If the Holocaust had produced a “new categorical imperative” — that is, ensuring it never repeated itself — revolution was perhaps no longer even desirable. He sought utopia through art that was at odds with the affirmative culture that had done “little more than supply a soundtrack to mass murder”: art that could express “the truth of suffering ‘in an age of indescribable horror'” by daring to be radically negative.

It is this embrace of negativity that is so bracing to some and frustrating to others, even within the school.

During the 1960s student protests, change was deemed possible by Marcuse, who embodied a sunnier, Californian take on critical theory. The institute’s “late ethos” is likewise predicated on the feasibility of “ameliorating the conditions of capitalism and liberal democracy”.

Yet Café Marx, as it used to be called derisively, remains tainted by Georg Lukács’s quip that these representatives of the chattering classes — branded traitors by Brecht — had holed themselves up in a beautiful hotel “equipped with every comfort, on the edge of an abyss, of nothingness, of absurdity”.

There is a great deal of wisdom, however, in Adorno’s suspicion of revolutionary students’ “aversion to introspection”, which he had already observed in the dark days of Nazism. “I established a theoretical model of thought,” he told an interviewer in 1969. “How could I have suspected that people would want to implement it with Molotov cocktails!”

There is also a great deal of hope in his belief that “whoever thinks offers resistance”.

At its best the Frankfurt School was always a think tank — in the armoured-fighting-vehicle sense of the word. 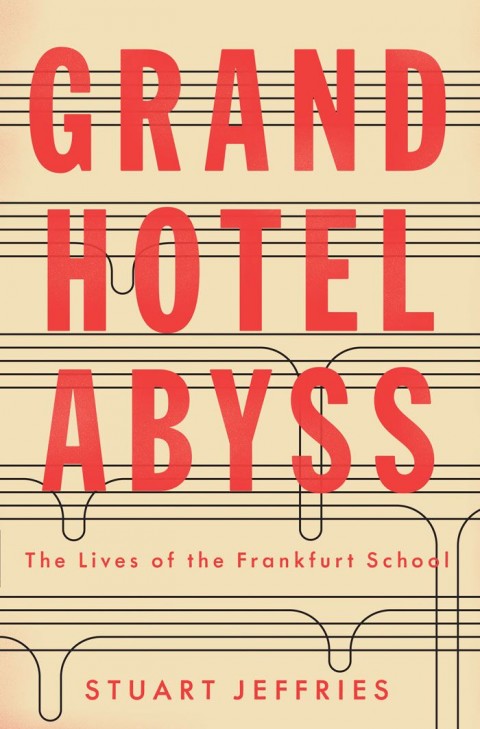