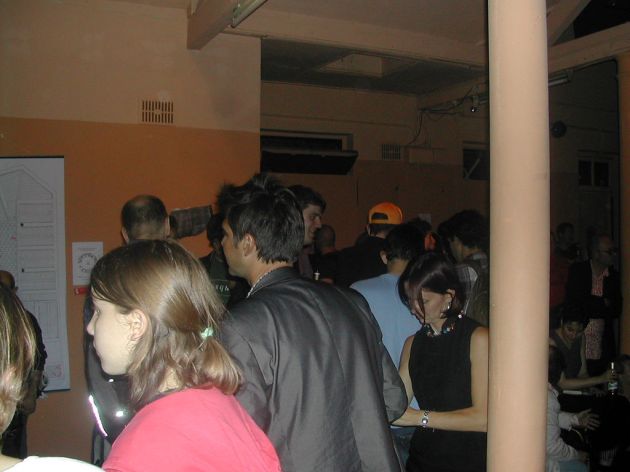 Richard Marshall writes: “A bit of fun… Stuff I’ve done over the years here at 3:AM thanks to legends Andy Gallix and Andrew Stevens… It’s all DIY — hardly proofread and done too fast in between day jobs to be anything but jump-start writing. So forget about the writing. What matters is what its about. It adds up to a boss reading list and a cranked up gang of characters smoking up the haunted back bars of the eerie early morning. 3:AM’s been around since 2000 and I joined Gallix’s punkstorm early on. It’s one of the oldest literary sites on the web. And back in the early days there was hardly anything out there so we were literally making it up as we went along. We still are. Lots of things have changed since the start and people have come and gone of course. There’s a new crew now. Still, I like that Andy’s still throttling the helm and Andrew keeps lighting fires. …”

A writer is in hell when her reader forgets her. This is the problem of Beatrice. Beatrice existed infinitely for Dante but he hardly if at all for her. Here’s the nub for Borges and his prodigious minimalism: we should stop thinking a ten minute conversation with Roberto Bolano would reveal to us the true meaning of 2666. And never doubt that our greatest love hardly acknowledges us. Andrew Gallix’s strange and Roman miniature is probably a Florentine exile; his ‘Fifty Shades of Grey Matter’ engulfs this type of inutterable despair. Yet still, whatever is imagined is there. If this is likened to a journey then it ends in a catastrophe which is not destiny but its secret instruction.

. . . Dworkin hopes that through erasure writing can be recovered by attending to its essential detritus, its material media and its event. He suggests this retrieval comes by a palimpsest enacting a “double play of concealment and revelation”, a way of obstructing to make something visible. Andrew Gallix writes that “Words become visible; the bloody things keep getting in the way. From this perspective, the literary is what can never be taken as read”. . . .

. . . Reality is inevitably, and tragically, the boss, relentless and remorselessly impervious to the dreams of its inhabitants. We hope for autonomy, agency, but fear it’s just the drink talking post hoc most of time. ‘When you say my name, you retain nothing of me but my absence. And nobody is present behind these words I speak’ says Emilie in the Andrew Gallix short story “Fifty Shades of Grey Matter“. The story presents a doomed lover contemplating his lost love. The materiality, the bodily anxiety presses in against the frenetic, desperate and seething mind of the protagonist and throughout there’s a need to try and combine the two — the mind and the body — to understand the relationship in some way. The story is implacable and granite strong in this. The violence of physical action, the dangerous crime that bodies seem to presuppose in the narrative, carries ‘the mute reminder of the possibility of impossibility’ symbolized by an insane aside about anal rape. What kind of dark matter is being imagined in this? The subject is Occasionalism, the question of powers and causality.

. . . Gallix’s odd fiction seems also to hold lyricism in a merciless fixed embrace. The facts are stone, as dry as archaism, stratified, absorbed and the utter indifference to the sensual passion of its protagonist is expressed in a language chisselled and polished like marble. Everything is imagined with prodigal allusiveness. It’s as tight as wire, extremes of tragedy, pathos and irony are cut like contours ploughed into copper with a burin. If the effect is a dismembered cruelty, it is a cruelty of the universe, of a cause from somewhere else altogether, somewhere or some agency that knows enough to cause it.

Gallix’s approach is not alone in the Fiddleblack collection. Nor is this conceit I’m pressing — arbitrarily at times, but then making a run of it to see where we might go, for there are others that might be mysteriously pressed into action. The impossibility of causality without knowledge of how to create or annhiliate, well, that has some edge, even if we think it exactly false. But Gallix, to continue using him as a catalyst here, has that line about the ‘possibility of impossibility,’ and who cannot unforgive a paradox when we’re telling each other stories about how it isn’t?