This appeared on the Guardian Books Blog on 26 February 2008:

A Reader’s Guide to the Unwritten

Modernism’s strong, silent types not only redefined the purpose of literature – they saved on paper, too 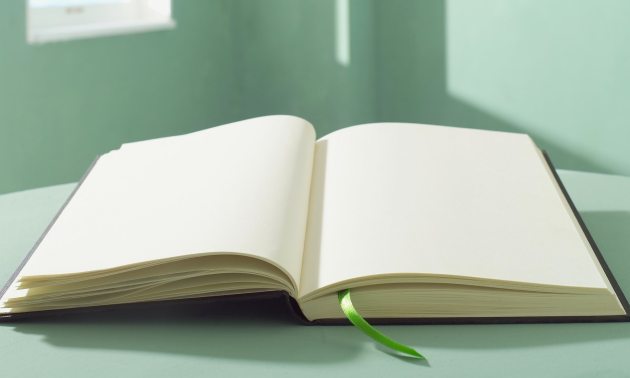 “Neither am I,” quipped Peter Cook, when a fellow partygoer boasted that he was working on a novel. There is far more to this bon mot than meets the eye, as George Steiner‘s My Unwritten Books illustrates. In fact, the “non genre” lies at the very heart of literary modernity. Blaise Cendrars, for instance, toyed with the idea of a bibliography of unwritten works. Marcel Bénabou went one step further by publishing a provocative volume entitled Why I Have Not Written Any of My Books. In this manifesto of sorts, the anti-author argues that the books he has failed to write are not “pure nothingness”: they actually exist, virtually, in some Borgesian library of phantom fictions. This is precisely what Steiner means when he states that “A book unwritten is more than a void.” But what prompts writers to withhold themselves at the conception?

Some say that everything has already been said (La Bruyère et al); others have spoken of the futility of writing in the shadow of Joyce (Sollers) or in the wake of the Holocaust (Adorno) and 9/11 (McInerney). At a more fundamental level, as Tom McCarthy recently reasserted, literature is “always premised on its own impossibility”. Kafka even went as far as to state that the “essential impossibility of writing” is the “only thing one can write about”. Or not. Taking their cue from Rousseau (“There is nothing beautiful except that which does not exist”) the proponents of the “literature of the No” (or “workless artists” as Jean-Yves Jouannais calls them) prefer to abstain rather than run the risk of compromising their perfect vision. Written books are sweet, but those unwritten are sweeter.

This sense of creative impotence stems in part from a dual historical process which deified authors while defying the very authority of their authorship. In Europe, writers and artists were called upon to fill the spiritual vacuum left by the growing secularisation of society. For a while, the alter deus stood above his handiwork, paring his fingernails, but then “I” — the “onlie begetter” — became another, the signifier dumped the signified, and it all went pear-shaped. To compound matters, the gradual relaxation of censorship laws proved that the unsayable remained as elusive as ever when everything could be said.

The realisation that, at best, writers could only hope to dress old words new and recreate what was already there led to a spate of literary eclipses. Hofmannstahl’s Lord Chandos, who renounces literature because language cannot “penetrate the innermost core of things”, epitomises this mute mutiny instigated (in real life) by Rimbaud. Wittgenstein would later insist that the most important part of his work was the one he had not written, presumably because it lay beyond his coda to the Tractatus: “Whereof one cannot speak, thereof one must be silent.”

Keeping stum and tuning in to the roar on the other side of silence was a soft option. Dostoevsky’s Kirilov — who attempts to defeat God by desiring his own humanity and therefore his own mortality and death — heralded a wave of phantom scribes. Forced to recognise that divine ex nihilo creation was beyond their grasp, writers such as Marcel Schwob came to the conclusion that the urge to destroy was also a creative urge — and perhaps the only truly human one.

Authors, of course, have always been tempted to destroy works which failed to meet their impossibly high standards (vide Virgil), but never before had auto-da-fé been so closely related to felo-de-se. The Baron of Teive (one of Pessoa‘s numerous heteronyms) destroys himself after destroying most of his manuscripts because of the impossibility of producing “superior art”. In Dadaist circles, suicide even came to be seen as a form of inverted transcendence, a rejection of the reality principle, an antidote to literary mystification as well as a fashion. “You’re just a bunch of poets and I’m on the side of death,” was Jacques Rigaut‘s parting shot to the Surrealists. Like him, Arthur Cravan, Jacques Vaché, Danilo Kupus, Boris Poplavsky, Julien Torma and René Crevel all chose to make the ultimate artistic statement. The rest, of course, is silence.